Top political adviser Wang Yang stressed the importance of resolutely opposing and deterring any "Taiwan independence" separatist activities and external interference as the cross-Straits situation would remain complicated and grave this year. 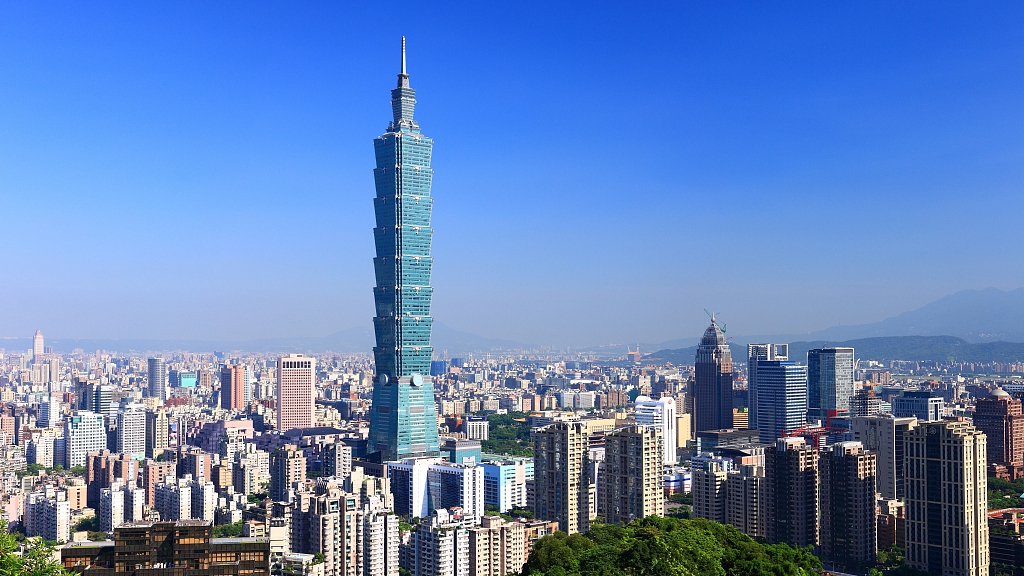 Wang, a member of the Standing Committee of the Political Bureau of the Communist Party of China Central Committee and chairman of the National Committee of the Chinese People's Political Consultative Conference, made the remark at an annual work meeting on Taiwan affairs held in Beijing on Sunday and Monday.

He said, "There are changes in the opportunities and challenges facing our work on Taiwan affairs, and the 'time' and 'tide' are always on our side."

The Chinese mainland will resolutely deter secessionist forces from relying on foreign forces to seek "independence", and fully demonstrate its resolve to safeguard the country's sovereignty, security and development interests, Wang said.

He reiterated that "we will never allow any person or any force, in any form, to separate Taiwan from the motherland."

He called for efforts to promote peaceful and integrated development across the Taiwan Straits and to continue to advance progress toward the peaceful reunification of China.

In the CPC leadership's proposals issued in November for formulating  the blueprint for development in the next five to 15 years, concerning the Taiwan question, the leadership gives high priority to being highly vigilant against and resolutely curbing separatist activities aimed at "Taiwan independence".

Li Zhenguang, a professor of Taiwan studies at Beijing Union University, said the proposition was raised given the current turbulent situation across the Straits caused by the pursuit of "independence" by the island's ruling Democratic Progressive Party.

Since the DPP came to power in 2016, and especially in the past two years, it has vigorously promoted anti-mainland hatred on the island and  relied on the United States to seek "independence", which has led to increasing tensions across the Straits, he said.

Bao said that the administration of President Donald Trump had stepped up its interference in the Taiwan question and to some extent upended the basic understanding that Taiwan is part of China, which is the foundation of Sino-US relations.

In the past year, several deals were made on US arms sales to the island, including offensive weapons. The US sent many senior officials to visit Taiwan, including Under Secretary of State for Economic Growth, Energy and the Environment Keith Krach and Health and Human Services Secretary Alex Azar. Such visits were not allowed in the past.

Earlier this month, US Secretary of State Mike Pompeo lifted what he called "self-imposed" restrictions on interaction between officials from the US and Taiwan.

Bao said the Trump administration was using the Taiwan question to provoke the mainland. Meanwhile, the DPP has been acting as an anti-China "pawn" in coordination with the US.

However, he pointed out that the mainland has taken the initiative in the development of cross-Straits relations, because the decisive factor  is the unstoppable development and progress of the mainland.

Bao said that the mainland sticks to the bottom line of the one-China principle on the Taiwan question and is ready to take countermeasures to prevent any attempt to split the country.

Li said that the Party document on future plans does not use the word "peaceful" while describing the goal of advancing national reunification, which means there will be more diverse ways to pursue reunification in the future.

Peaceful reunification serves the interests of compatriots on both sides, he said. "However, the window of the peaceful way may close at any time due to the crazy interference of foreign forces and the provocations of secessionists."

"Therefore, the mainland will be fully prepared to contain 'Taiwan independence' by non-peaceful means at any time and complete the reunification of the motherland," he added.

Tensions across the Taiwan Straits have been high over the past year, with warships from both the mainland and the US frequently passing through the Straits.

The mainland military, foreign affairs and Taiwan affairs authorities said on various occasions last year that the patrols are legitimate and lawful, and necessary to safeguard national sovereignty.

The mainland is formulating a blacklist of "Taiwan independence" secessionists who will be held accountable for their actions for life, according to a report in November by Ta Kung Pao, a Chinese-language newspaper published in Hong Kong.

"Strict sanctions" and other measures will be pursued against "stubborn secessionists" who engage in vicious acts seeking "Taiwan independence" and their financial backers, the report said.

Wang Yingjin, a professor of cross-Straits relations at Renmin University of China, said the mainland has sufficient legal legitimacy in drawing up the list, and its legal sources include the Constitution, the Anti-Secession Law, the Criminal Law and the National Security Law.

Formulating the list is a major countermeasure taken by the mainland to cope with the increasingly serious provocations of "Taiwan independence", which demonstrates the mainland's firm determination and will to oppose separatist activities, he said.

As the new US president's inauguration approached, Taiwan's "foreign affairs" authorities said the island had not received an invitation yet. A delegation from the island attended the inauguration of Donald Trump in 2017, and Trump spoke directly with the island's leader Tsai Ing-wen after winning the US presidential election in 2016.

"The difference shows that Biden is very cautious in dealing with the Taiwan question," Bao said. "If Biden corrects the Taiwan policy of the Trump administration and returns to the one-China principle, there will be a stable Sino-US relationship and in this stable situation the DPP's 'independence' aim will be impossible without the help of foreign forces."

He said that the adjustment of the China-US relationship is a major direction this year for the two countries and the US policy toward Taiwan will be more clear after the pandemic is under control and the economy recovers in the US.

The mainland will also strengthen communication with the new US administration to build a good interactive channel to promote the development of China-US relations so that the two countries jointly maintain stability across the Taiwan Straits, he added.