Any suggestion that the Group of Seven (G7) could be formally expanded into a "democratic alliance" called D10 that includes Australia and others as permanent members has been deferred, the Australian reported Monday. According to the newspaper, "the UK has been under pressure from some other G7 countries to pull back from creating a stronger anti-China D10 bloc." 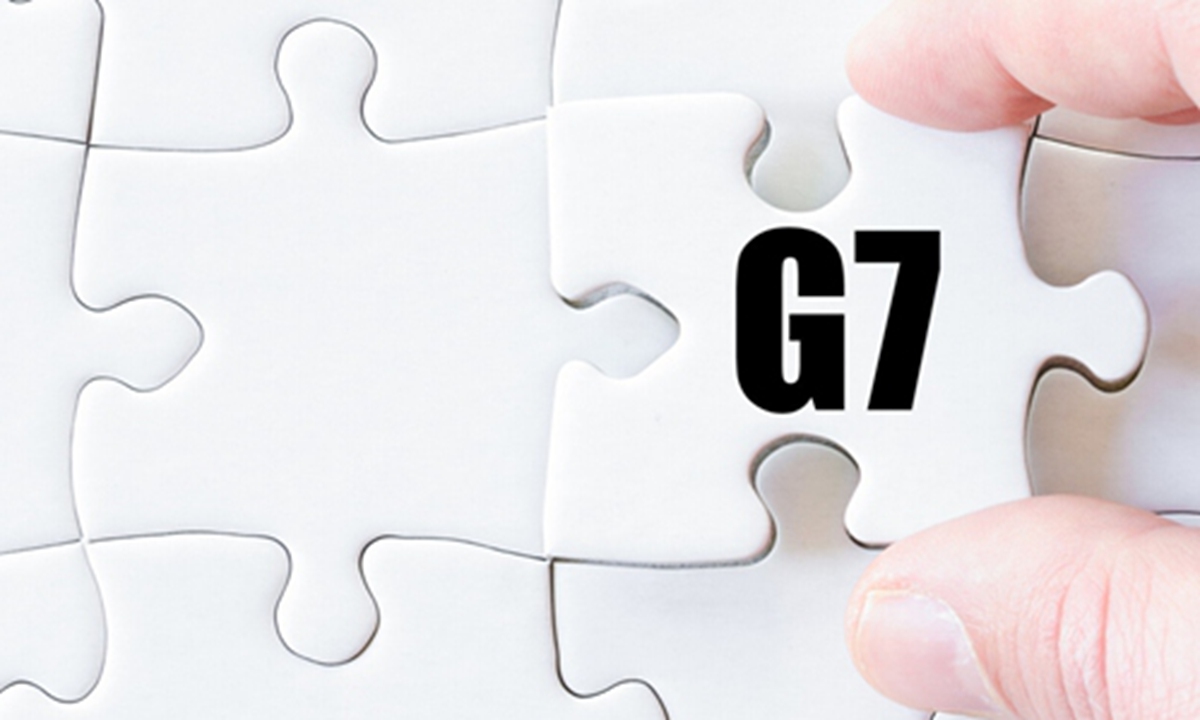 Previous reports suggested that Britain was meant to convert G7 into an alliance of "like-minded democracies to advance shared interests and tackle common challenges." To put it bluntly, it's an attempt to rally like-minded countries against China. The suspension of the D10 plan indicates that any idea of constructing a so-called alliance of democratic countries that targets China is unrealistic and senseless from the very beginning. Building anti-China small circles from an ideological lens is not in line with the global trend.

In the current overwhelming climate of globalization, seeking to divide the world with ideology bias is an outcome of outdated Cold-War mentality. NATO was a product of the fraught Cold War era of ideological confrontation. Although the bloc still survives till this day, it's in fact almost like a fossilized dinosaur. The idea of D10 aims to resurrect the ideological confrontation which served as the guideline of the Cold War era. That definitely goes against the open and inclusive characteristics of the current world.

Many Western countries nowadays often talk about "like-minded democracies" and "shared values". The so-called "shared values" in fact is an opaque concept which simply means nothing. Emphasizing "shared values" in fact is oversimplifying the complicated reality of today's international relations. A case in point: "Shared values" failed to foster consensus among G7 members regarding the bloc's expansion to D10 - France worries the European influence in the G7 would be diluted if the group became bigger, and some G7 members such as Italy regard a deeper Australia involvement in the G7 as being too provocative to China.

G7 is a forum for major industrial countries to explore and coordinate economic policies. There will be a political dimension imposed upon it if G7 expands into D10. For instance, the economic complementarities between Australia and G7 countries, such as the UK, are low. It will be a politically motivated move to absorb Australia into G7, which deviates from the original philosophy of G7. If G7 is allowed to slide into an expanded bloc that aims to contain China, the multilateral consultation mechanism will become weaponized, with potential dangers to the world order. Any country or people with political common sense and rationality will not support it.

G7 members don't want to take Australia in because of the country's provocative moves toward China. Australia has made itself unpopular with its reckless actions and lack of vision. Australia has been acting as a vanguard of the US anti-China strategy. It thinks this is a way to realize its strategic value. However, in the eyes of many other Western countries, what Australia has done - groundlessly attacking and smearing China - is not worthy of recognition. Australia's blind and paranoid anti-China approach will only make it more isolated in the world.

As a matter of fact, there are voices in Australia calling for Canberra to join an expanded G7 to counter China's rise. Amanda Vanstone, former Howard government minister, regards the idea to start a D10, of 10 democracies working together, sensible.

In big multilateral organizations like the UN, Australia plays an insignificant role, and doesn't have a big say. Therefore, on one hand, it has attached itself to the US, and on the other, is eager to join small political circles. This way it believes it can magnify its strategic values. That's why it has served as a US anti-China pawn and has played a very active role in small, politically oriented groups such as Quad and Five Eyes. This reflects Australia's opportunism.

The US reportedly has proposed the idea of holding an online conference for the Quad leaders, which is seen as the first step toward a "mini-NATO" to counter China. Australia is considered one of the pillars of the US Indo-Pacific Strategy and it is highly supportive to the US strategy. The current Australian government in fact is pushing the country into a crisis-ridden Quad trap. Being part of a "mini-NATO" is in fact detrimental to Australia's economic development, and political and social stability. Australia should learn a lesson from the suspension of D10. It should face up to the reality in a mature and pragmatic way. Most countries won't rush into anti-China circles as zealously as Australia has been doing. It will bring more harm than good.

The author Chen Hong is a professor and director of the Australian Studies Centre, East China Normal University. opinion@globaltimes.com.cn