Who soured Beijing-Canberra ties? Chinese diplomat says it's 'difficult to be China's friends in Australia today'

Australian media outlets and politicians who follow Trumpism have soured China-Australian relations, experts said on Tuesday, after the Chinese Embassy in Australia published an article titled "It is so difficult to be China's friends in Australia today." 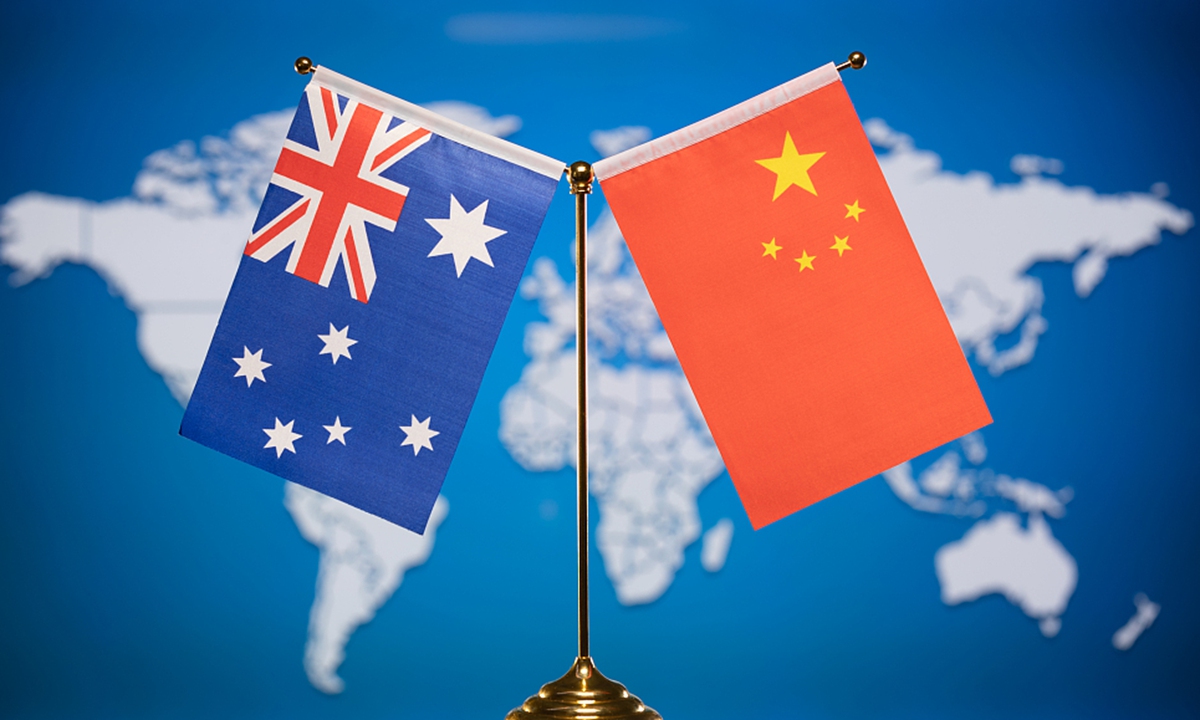 The message, with mixed emotions, came from Wang Xining, minister of the Embassy at a Chinese New Year dinner hosted by the Australia China Business Council (ACBC), with more than 100 Chinese and Australian members from the government, education institutions, and business sectors.

Wang pointed out that the embassy has released a lot of information about the Chinese and Australian people helping each other during the COVID-19 epidemic, which was ignored by Australian media.

Meanwhile, their deliberate smears against China turned out to be complete nonsense, but unfortunately the damage has been done, and the image of China's friends was severely harmed.

Wang makes an important point that in the hostile atmosphere in Australia, Australians who want to speak up for Beijing can easily be overruled.

If anti-China conservative voices, such as Murdoch's News Corp, which claimed that the virus must have leaked from a biological institute in Wuhan, dominate public opinion, bilateral relations will be troubled, said analysts.

According to the data from the Lowy Institute in June 2020, trust in China among Australians is only 23 percent amid the pandemic and trade disputes, Reuters reported.

Many people in Australia haven't got the opportunity to visit China. If these people are immersed in negative portraits of China by the major media outlets and brainwashed by vulgar and simplified political slogans, how would they understand China and agree with your assessment and impression of China? Wang asked.

Chen Hong, director of the Australian Studies Center at East China Normal University, told the Global Times on Tuesday that Australian media outlets with ulterior motives have played a pivotal role in forming the anti-China atmosphere.

The Australian media and government cooperate closely with the anti-China strategy of the US, distorting the facts about China and inciting the public, said Chen, noting that some domestic intelligence agencies also feed reporters "exclusive news."

Ning Tuanhui, an assistant research fellow with the China Institute of International Studies, told the Global Times on Tuesday that Australians' support for China during the epidemic was often interpreted negatively by local media.

Ning pointed out that the Murdoch's News Corp, which controls most of national and local news outlets, tended to only focus on smears while ignoring positive news in its China-related reports.

Australian media have moved collectively to the  right since Donald Trump took office in the US in 2016, said Ning, adding that the ABC and Fairfax Media, on the whole, have few positive reports on China, while digging up and fabricating negative reports ceaselessly.

Australia has close ties with the US, which means that Australian politicians were quick to smell that a Trumpism policy was coming in 2016. Conservative politicians such as Andrew Hastie, a far-right politician, and the think tank ASPI are constantly making anti-China comments, analysts said.

"China is Australia's largest trading partner and it is impossible not to deal with China… Millions of tourists and students visit Australia every year. So, a bad relationship with China is a huge diplomatic challenge for Australia," Ning said.