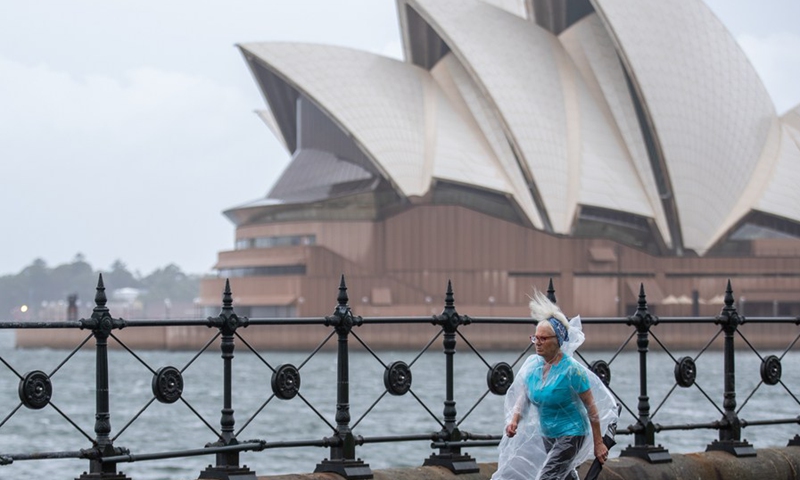 Australia, a member of the Five Eyes Alliance, has allowed debate on a motion to condemn "systematic breaches" of human rights over Uygurs by Chinese government, a move that Chinese experts view as a part of Washington's strategy in collusion with allies to contain China.

The current farce over China's Xinjiang in the Australian parliament once again shows that Canberra apes Washington's groundless allegations to prove its loyalty to the US alliance, without any sensible regard for its own national interest, experts noted.

Australian media reported on Monday the Australian government has allowed debate on the motion put forward by veteran Members of Parliament, Liberal Party's Kevin Andrews and Labor MP Chris Hayes, which would mark the "strongest ever" condemnation by the Australian Parliament of the Chinese government's treatment of Uygurs.

The motion, introduced on Monday, urges the United Nations to investigate Beijing for setting vocational education and training centers in Northwest China's Xinjiang Uygur Autonomous Region, and calls on the Australian government to ensure it's not profiting off "forced labor" in Xinjiang, the Sydney Morning Herald reported.

Analysts said there are international and domestic factors driving this motion.

Yu Lei, chief research fellow at the research center for Pacific island countries of Liaocheng University, told the Global Times on Monday the motion is a joint effort led by the US to form an "ideological alliance" to contain China with the "human rights" banner.

The parliaments and governments of other countries - including the UK, the Netherlands, the US and Canada - recently smeared China for committing "genocide" in Xinjiang under international law.

The US is no longer able to contain China on its own, so the Biden administration is repairing the Western alliance to jointly suppress China's development, Yu said.

Australia previously followed the US to call for an investigation of the COVID-19 origin, which sparked tensions between China and Australia. "As the country realized that their attempt to smear China over the coronavirus failed, Australian politicians turned to join the new campaign led by the US over the so-called human rights issues to again defame China," Yu noted.

Canberra's two motions about Xinjiang - including last week's blocked motion by  Rex Patrick - are part of Washington's strategy in collusion with a small number of US allies to insidiously use Xinjiang as a red herring to defame China and stoke anti-China sentiment in the international  community, Chen Hong, a professor and director of the Australian Studies Center at East China Normal University, told the Global Times.

The Australian government blocked an attempt by Patrick last week to push through a Senate motion that would have recognized the Chinese  government's treatment of the Muslim minority in Xinjiang as genocide, Australian media reported.

"Some of the politicians in Australia have been used as puppets by Washington to viciously carp at Beijing, turning a blind eye to the truth and  reality about Xinjiang," Chen said.

Experts said major political parties in Australia have close relations with the US government and military, so they have to follow the US containment strategy against China. "Otherwise, the parties will not get support from the US, and the politicians will be criticized and abandoned by the US," Yu said.

Hua Chunying, spokesperson for the Chinese Foreign Ministry, said at a press conference on Monday that the US is adopting "coercion diplomacy" and hopes the US shows its confidence and poise as a major country and stops coercing other countries into taking sides or following its lead in interfering in China's internal affairs.

Hua was responding to a question regarding US Secretary of State Antony Blinken, who rebuked China for using "economic coercion" against American allies during the first face-to-face meeting between senior officials in Alaska since US President Joe Biden took office.

Australia has continued its blindfolded maneuver to follow every step of the US, without any sensible regard of its own national interest, Chen noted.

Chen said China-Australia relations are in an unprecedentedly critical moment, and Australia cannot afford to sustain further damage. He warned that Canberra needs to come back to its senses to make level-headed decisions to steer the bilateral relations to the right track.