This is one of a multi-part series where the Global Times looks into the severity of unemployment issues in China following the outbreak of COVID-19 and claims from some foreign media that social unrest in China might be imminent. This article focuses on the methodology of China's official data and its accuracy. 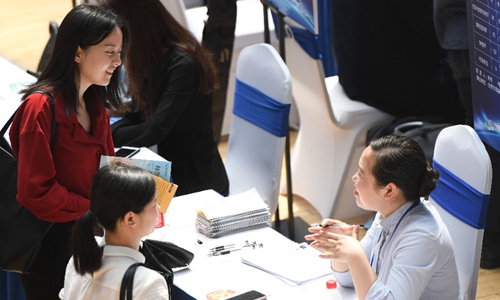 Job seekers communicate with an employer during a job fair at Anhui Jianzhu University in Hefei,

at the job fair. (Xinhua/Zhang Duan)