China announced on Tuesday to suspend extradition and judicial assistance treaties between the Hong Kong Special Administration Region (HKSAR) and Canada, Australia and the UK, firing the first shot against interference from the Five Eyes countries in China's internal affairs.

Such reciprocal countermeasures are only the first step in voicing Beijing's opposition on the Hong Kong-related affairs, which will be followed by more carefully designed measures in striking against unilateral moves from those countries while also leaving leeway room for certain nations like New Zealand and the UK to correct their mistakes, experts said.  Canada, Australia and the UK had unilaterally suspended their extradition treaties with Hong Kong citing concerns over the national security law for Hong Kong as an excuse, Wang Wenbin, spokesperson of the Chinese Foreign Ministry, said at Tuesday's routine press conference. The move was blatant interference in China's internal affairs and seriously violated international law and basic principles in international relations, he noted. As a result, China decided to suspend the extradition and judicial assistance treaties between the HKSAR and Canada, Australia and the UK, the spokesperson said. The HKSAR government has informed Canada, Australia and the UK about the suspension of extradition treaties. These countries are politicizing judicial cooperation and displaying their blatant double standards regarding matters of national security, Hong Kong regional authorities said in a statement on its website on Tuesday.  It is widely considered as the first countermeasure the Chinese government was forced to take in fighting back against the unilateral stance of the Five Eyes alliance members on Hong Kong-related affairs. Canada announced on July 3 to suspend its extradition treaty with Hong Kong while looking at additional measures as part of a litany of responses to the newly enacted national security law for Hong Kong, becoming the first from the Five Eyes bloc to take concrete actions in protesting against the law. Such a move was then followed by Australia and the UK, drawing backlash from the Chinese side as it warned of severe consequences for such recklessness on China's internal affairs. "This is a reciprocal countermeasure to those three countries suspending the extradition treaties with the HKSAR. If the countries proceed with further steps, China will then take equivalent measures," Cui Hongjian, director of EU studies at the China Institute of International Studies in Beijing, told the Global Times on Tuesday. While Chinese officials both in the mainland and Hong Kong have earlier criticized such a move of unilaterally dropping extradition agreements - an apparent intention of instigating fugitives by encouraging them to flee to overseas and escape law enforcement - some legal experts see such actions as posing a severe threat to social order domestically and internationally. "Without mutual judicial assistance, fugitives who commit serious crimes at the international level will have sufficient conditions for committing crimes and fleeing. In the long run, it would pose a serious threat to the domestic and international community," Kennedy Wong Ying-ho, solicitor of the Supreme Court of Hong Kong, told the Global Times on Tuesday.It would also create conditions for fugitives to commit crimes, which is indeed severe wrongdoings that those countries would feel regret for, Wong said. 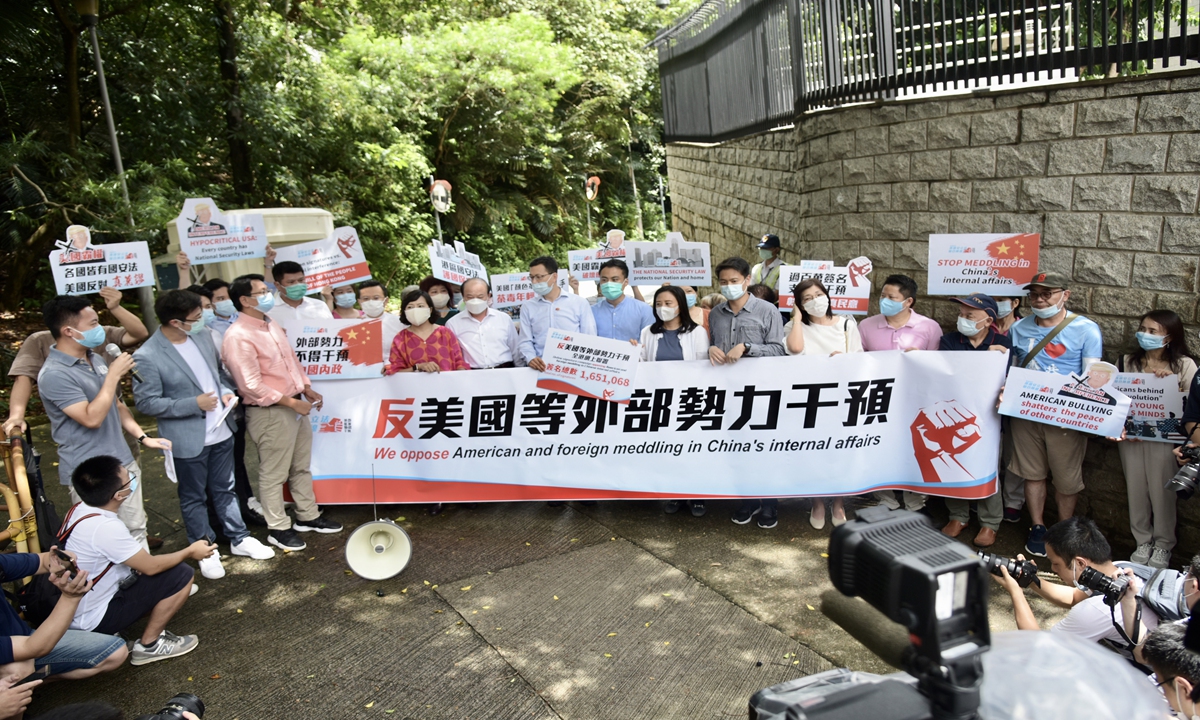 Legal implications
With the national security law for Hong Kong coming into force, which has a strong deterrent effect on local secessionists and rioters, some pro-independence protesters like Nathan Law have fled to countries like the UK, which has just announced to its plan to drop extradition treaty with Hong Kong, serving as a "harbor" for infamous rioters like Law who have been taking part in planning, organizing and expanding violent anti-government protests that had later became a citywide rampage and riot. In regards to the four categories of crimes the recently enacted national security law for Hong Kong clamps down on including secessionism and collusion with foreign forces, some experts say there are always ways of holding accountable those secessionists, who have fled or are preparing to flee.John Lee Ka-chiu, Hong Kong Secretary for Security, also told the Global Times in an earlier interview that law enforcement authorities are always able to hold fugitives accountable via different measures such as international police cooperation or other ways.While rioters flee to Five Eyes countries which have no extradition treaties nor judicial assistance agreements with China, Chinese authorities could declare them as criminals and even issue a global red notice, Zhi Zhenfeng, a legal expert at the Chinese Academy of Social Sciences in Beijing, told the Global Times on Tuesday. "Unless they hide in those countries for a lifetime... If they return to Hong Kong or countries that have extradition treaties with China, we can arrest them and hold them accountable," Zhi said. More steps

As international public opinion speculates on what the additional measures that China may adopt in voicing its opposition to the Five Eyes alliance will look like amid the escalating situation, experts said the suspension of the extradition treaty and judicial assistance is only the first step, and it depends on how countries like the UK and Australia will further react regarding the Chinese government coming up with additional measures. "For instance, the UK is considering providing a pathway to future citizenship for Hong Kong residents eligible for BNO passports, vis-à-vis, China is considering not recognizing the BNO passport as a valid travel document," Cui said. However, it's not a one-size-fits-all approach, which would be carefully designed and targeted against different countries from the alliance, considering the nuances of the situation, the expert noted. For instance, if the UK only leaves options at a diplomatic level by restricting people-to-people exchanges rather than expanding sanctions into bilateral trade with China, the Chinese government may not need to come up with countermeasures in striking at the UK companies. Cracks within the blocNew Zealand's cabinet decided to suspend its extradition treaty with Hong Kong, becoming the fourth country in the Five Eyes to do so by either yielding to the pressure of the US or dancing to the tune of Americans, experts said. However, the Chinese government did not include New Zealand into the latest extradition treaty suspensions, leaving room for the country to correct its little trick of trying to strike a balance between keeping close ties with China and aligning with the US, they noted. "Not including New Zealand into the latest list also shows that the Chinese authorities understand the China-New Zealand relationship is different from that with Australia or with the US. We can't take the toughest strike against the one who keeps a softened tone on China-related matters," Cui said. Washington has been re-molding the Five Eyes alliance in its devious campaign against China, and members of this alliance have been manipulated as chess pieces. Regretfully, New Zealand's latest move shows it finally joined the multinational anti-China coalition, Chen Hong, director of the New Zealand Studies Center at East China Normal University in Shanghai, told the Global Times on Tuesday.Suspending the treaty is a low-cost move for New Zealand to show its loyalty to the Five Eyes alliance, but it is daydreaming to play petty tricks of pleasing the anti-China coalition without damaging its relationship with China, analysts said. New Zealand Prime Minister Jacinda Ardern said on Tuesday that the country has a mature relationship with China, but Chen noted the country is aligning with the US, obviously overriding the China-New Zealand relationship."China values its relationship with New Zealand, and does not want bilateral relations to deteriorate, but regarding matters of China's core interests, we will definitely and resolutely respond," Chen said.Newspaper headline: China strikes back on natl security law for HK