Days after it was revealed that Australian police had searched and questioned Chinese journalists and revoked the visas of some Chinese scholars, Australia reportedly accessed the communications of Chinese diplomats using the excuse of foreign political interference.

The move was slammed by Chinese experts and officials as "stupid" and serving only the interests of Australia by following the strategic steps of the US. They warned that their delusions of maintaining warm ties in business but frosty ties in politics with China will not lastUsing the excuse of the so-called foreign political inference, the Australian Federal Police is investigating whether the Chinese Consulate General in Sydney conspired with John Zhang, an adviser of New South Wales Labor MP Shaoquett Moselmane, to infiltrate the NSW Labor Party, media reported.Australia has long held a positive and friendly image of China, but that is now being gradually destroyed by Australia itself, and ordinary Chinese residents and scholars no longer have a sense of security in the country. Australia's intention of using China as a lever for its own international presence at any cost is stupid and will backfire, Chinese experts noted. China has expressed strong dissatisfaction and firm opposition to certain Australian media outlets' claim of the so-called infiltration by the Chinese Consulate General in Sydney, Chinese Foreign Ministry spokesperson Wang Wenbin said at Wednesday's routine media briefing.Some Australians have gone to extremes in stirring up anti-China sentiment by smearing and attacking China to attract attention and poison China-Australia relations, Chinese Foreign Ministry spokesperson Wang said. China urged Australia to abandon its Cold War mentality and ideological bias, stop politicizing the normal behavior of Chinese embassy and consulates in Australia and not create new trouble for China-Australia relations, Wang said. China pursues an independent and peaceful foreign policy. It has never interfered with or infiltrated other countries, as this is just not China's way of doing things, Wang noted, saying the accusations are "totally baseless and nothing but vicious slander."Australia's move is not what a civilized country should do, and it is very rude, Lei Jianfeng, a professor at the China Foreign Affairs University who previously worked in a Chinese consulate overseas, told the Global Times on Wednesday."From a practical point of view, although there will be small actions between major powers, they at least show respect to diplomatic and consular personnel, and will do nothing like what Australia and the US have been doing in openly disregarding basic rules," Lei said. As part of the investigation on Moselmane and Zhang, Australian police reportedly read and copied communications between Zhang and some top Chinese diplomats and consular officials in Australia, including Gu Xiaojie, the former Chinese consul-general in Sydney, and issued warrants against Overseas Chinese Affairs Consul Sun Yantao, ABC reported. It is the duty and responsibility for a consul to deal with civil affairs, so it is simply natural for them to contact people from the Australian side, Lei said. When Lei was previously stationed at a Chinese consulate, he said, he also established good personal friendships with local officials. The Australian move has violated the most basic human rights, communication rights and personal dignity. "Chinese diplomats and scholars have lost their sense of security when they go to Australia," Lei noted. Bao Yinan, an associate professor of international law studies from East China University of Political Science and Law in Shanghai, told the Global Times on Wednesday that if the search carried out by Australian police involves work-related communications or residence of a Chinese diplomat, Australia is suspected of violating the 1961 Vienna Convention on Diplomatic Relations.The 1961 convention requires that the receiving state protects the freedom of communication of the diplomats and their personal safety, including their private communications. As for consuls, the 1963 Vienna Convention on Consular Relations states that only the communications of consuls for official purposes will be protected, and private communications of consular officials are not included.Bao pointed out if the communications that Australia intercepted involve any official or private communications of Chinese diplomats, Australia would be in violation of the 1961 convention. If the Australian police did this against Chinese consuls in a work-related context, it would be in violation of the 1963 convention.Regarding the search warrant, Bao told the Global Times that Australia can only conduct investigations based on the Vienna Convention on Consular Relations through non-invasive methods, such as collecting public written information on consulate website and check their entry and exit information. Investigation through any invasive methods such as surveillance should not be allowed. 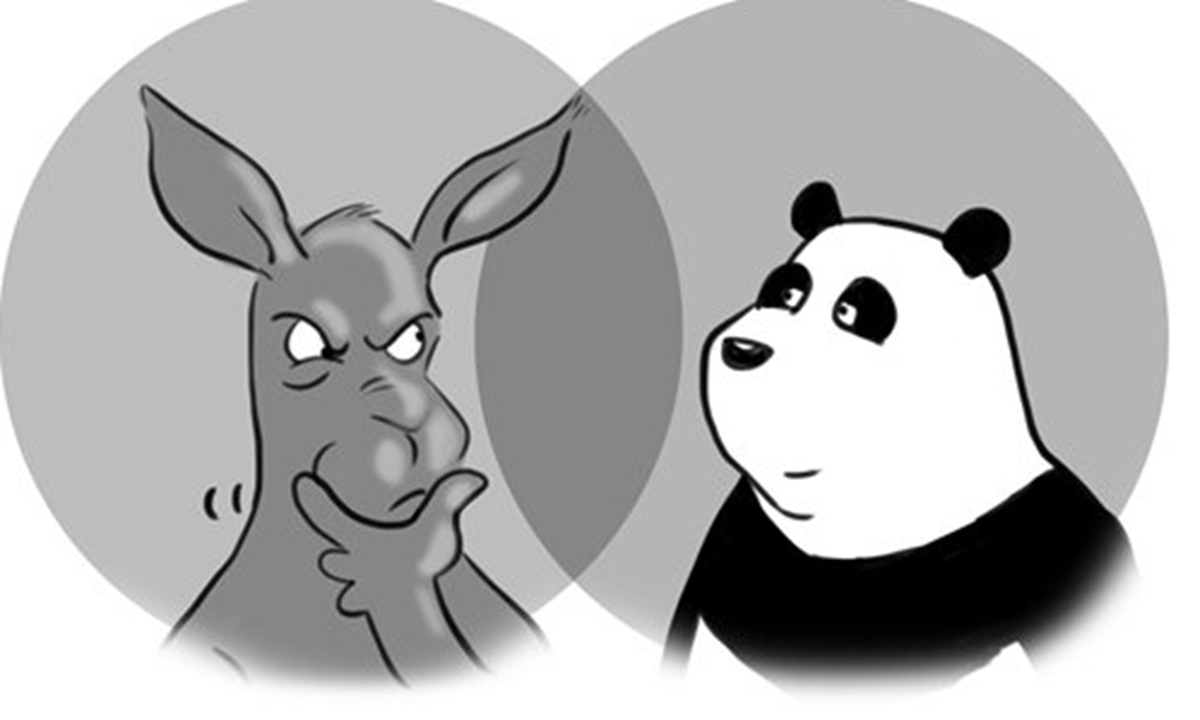 One-sided delusionAfter having searched and questioned journalists, then revoked Chinese scholars' visas for no reason, Australia is now targeting Chinese consuls, examples that once again prove that Australia is following the US strategy of suppression against China, Chen Hong, a professor and director of the Australian Studies Center at East China Normal University, told the Global Times on Wednesday.Some Australian parliamentarians have even proposed closing the Chinese consulate in Adelaide, an option that Chen said cannot be ruled out. "Australia holds both opportunism and adventurism in its policy toward China, and it even goes further than the US on some issues."Previously, the residences of four Chinese journalists from three Chinese media outlets stationed in Australia were raided, and the journalists were questioned by officers from the Australian intelligence agency in late June. Australia's scrutiny of China has also extended to China-Australia academic exchanges, after the visas of at least two Chinese scholars, including Chen Hong's, were revoked by Australia on groundless national security reasons a month ago. They were targeted by Australian intelligence agencies simply because they were in the same WeChat group as Moselmane and Zhang. Chinese observers slammed the raids as a horrendous violation of the basic rights of the Chinese journalists and freedom of the press. The acts are just more of an anti-China witch hunt in line with the delusional "China threat" theory.The accusations made by Australia are obviously absurd, experts noted, asking why Chinese diplomats would use email, such an obvious and easily traceable method, to spy on and influence Australian politics.Australia has been marginalized on the international stage for a long time, and its recent moves aim to challenge China at any cost to highlight its sense of existence and seek a greater voice on the international arena, but this strategy is "very stupid," Chen said. Chen warned that China's core interests cannot be violated, and China will respond to Australia's adventurism. The delusion of a "chill in politics but warmth in economic ties" that Australia expects from its interaction with China will not last, Chen said.When the US intends to decouple with China, Australia is not ready to risk everything as it still needs the Chinese market in the economy. The soured China-Australia ties are expected to last, at least, until the beginning of next year or the end of the Australian fiscal year, Yu Lei, a chief research fellow at the Research Center for Pacific Island Countries at Liaocheng University, told the Global Times on Wednesday. Australia may reassess China-Australia relations and policies on China by then, based on the US policy toward China and Australia's economic conditions, Yu said, adding that Australia has always taken the US as a reference point for their own policy making in which they assume would better safeguard their interests in the Indo-Pacific region. Newspaper headline: Australia intercepting communications of Chinese diplomats a 'stupid' and 'vicious' move