The School of Music at East China Normal University signed an agreement with the Global Harbor mall in Putuo on Tuesday to develop a practice base for the students.

in the newly unveiled Golden Hall at the Global Harbor in Putuo District.

The first such cooperation between a local university and shopping mall will create a performance stage for instruments department students as well as a public cultural venue at the largest shopping complex in downtown.

Wu Hekun, dean of the school, and Ding Zuohong, chairman of Yuexing Group, owner of the mall, launched the Art Practice Base of Aesthetic Education.

A Golden Performance Hall was also unveiled in the mall where students will host monthly concerts for shoppers as well as themed performances. 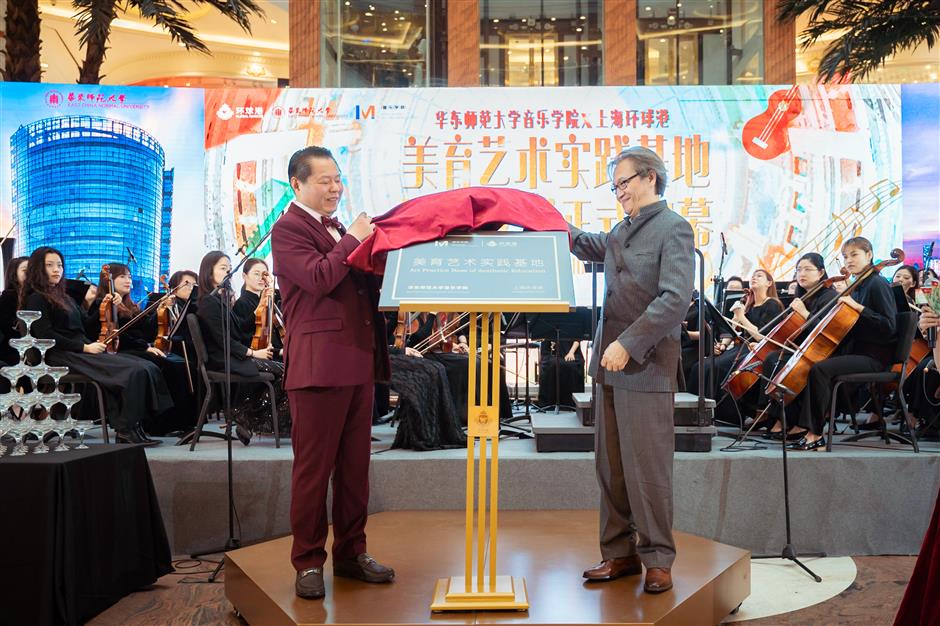 chairman of Yuexing Group, owner of the Global Harbor mall, launch the Art Practice Base of Aesthetic Education.

The hall features a five-story dome where audiences can watch performances between the B2 and fourth floors.

“The high art shall not only be presented at the theater, but also to the life of every citizen,” said Wu. “The hall will become a stage for the students to practice their skills as well as interact with the shoppers by music.”

The first concert was held after the launch ceremony at the newly unveiled hall. The students’ orchestra of the school played, while Ding sang together with Shi Chunxuanzi, a famous Chinese soprano from the school.

The university is on the opposite side of Zhongshan Road N. to the mall. 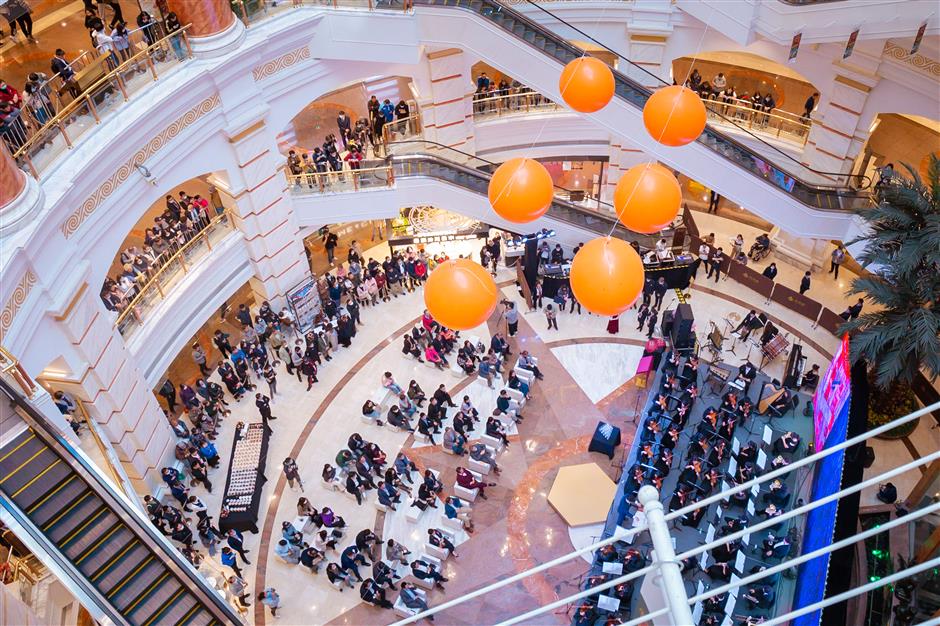 The newly unveiled Golden Performance Hall at the Global Harbor. 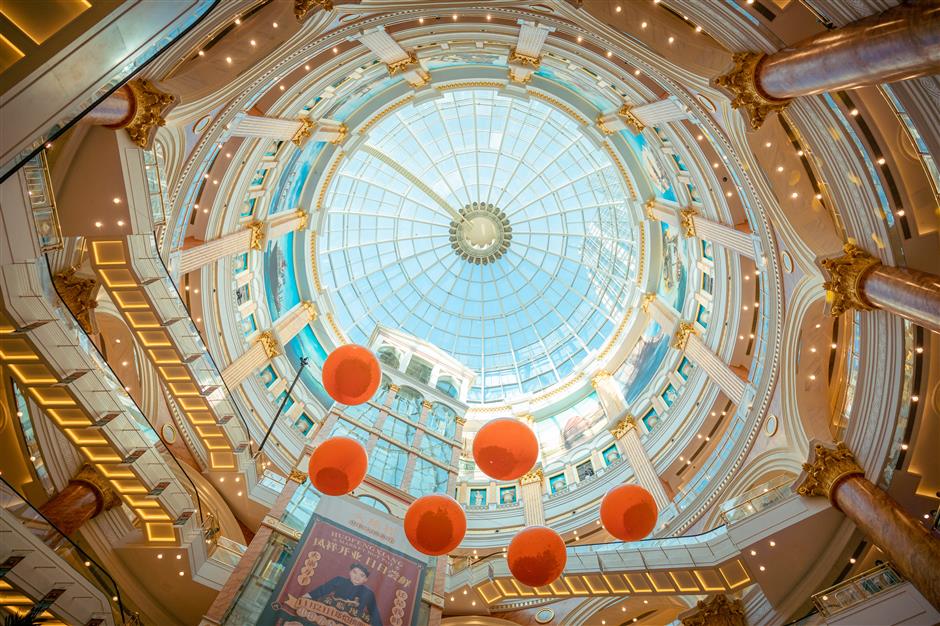 The five-story dome at the mall.