Translators in Shanghai took part in a symposium at Chenshan Botanical Garden, where a new variety of pink rose is named after their profession.

Translators in Shanghai take part in a symposium at Chenshan Botanical Garden.

Most of the translators are from the East China Normal University School of Foreign Languages, which organized the activity. Many famous translators, including 11 honored as senior translators by the Translators Association of China, have taught in the university. Among them, professor Wang Zhiliang won the Lifetime Achievement Award in Translation, the highest award for translators in China, in 2019. Another, professor Xu Zhenya, was awarded the Gorky Prize by the Russian Writers’ Association in 2006.

Yuan Xiaoyi, dean of the foreign language school, translator and vice president of the Shanghai Writers’ Association, said the event was organized to pass on the spiritual heritage of the older generation of translators while celebrating the university’s 70th anniversary. She said it was also a thank-you to the garden for breeding a new variety of pink rose known as “Translator.”

“Translators usually remain low-key and are easy to be ignored, but they should be remembered by us who have benefited from their creations,” she said. 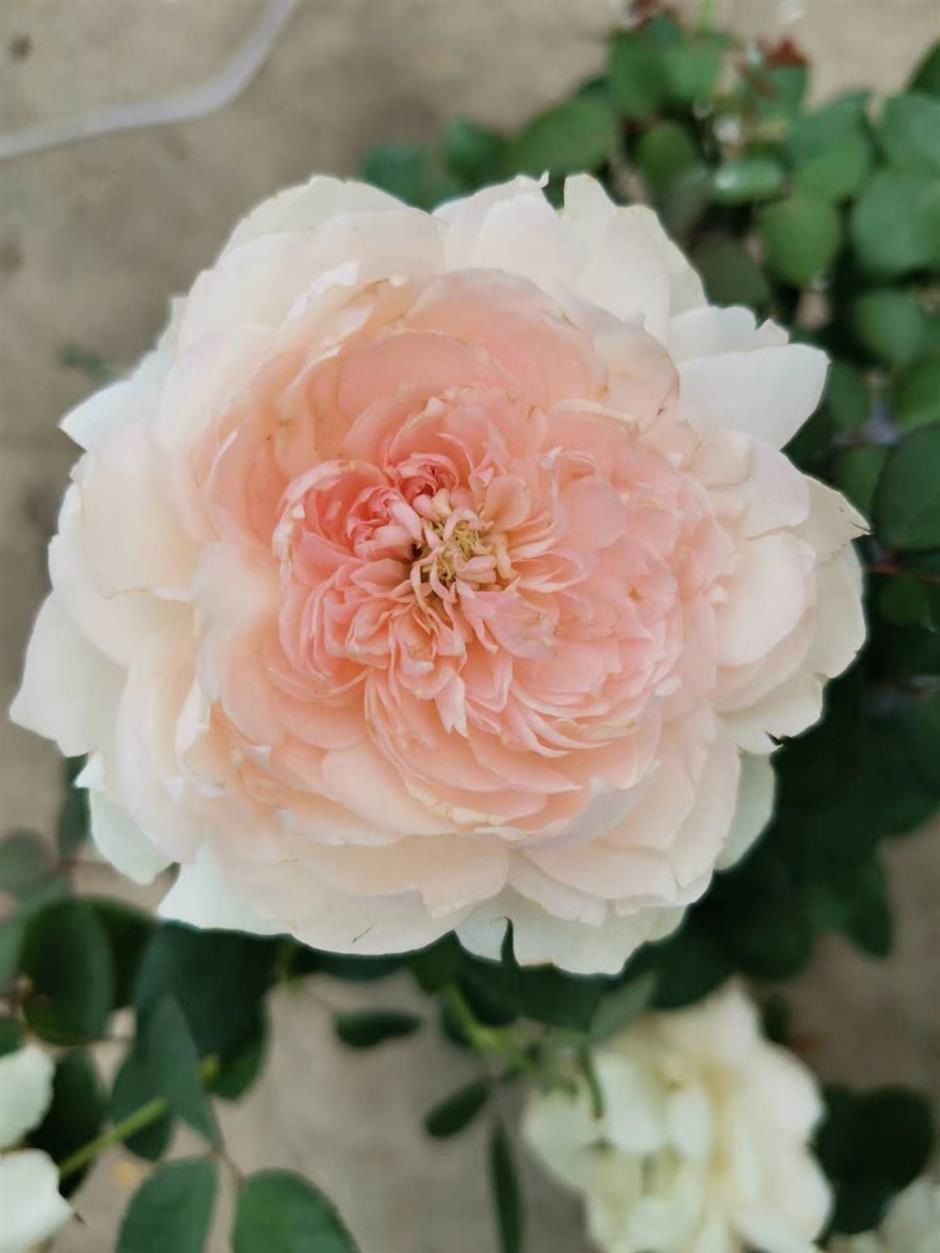 A new variety of rose known as Translator

At the beginning of the event, He Jingye, a professor with the university's French Department, and young teacher Wang Dandan read the Chinese version of Russian writer Gorky’s “Sea Swallow,” which was translated by Ge Baoquan. The prose is widely known in China as it’s included in the Chinese textbook for middle school students.

Students from the university performed by dubbing an episode of the American sitcom “Growing Pains,” which was translated by Zhang Chunbai, a professor of the university, and read a chapter from the British novel “Jane Eyre.” 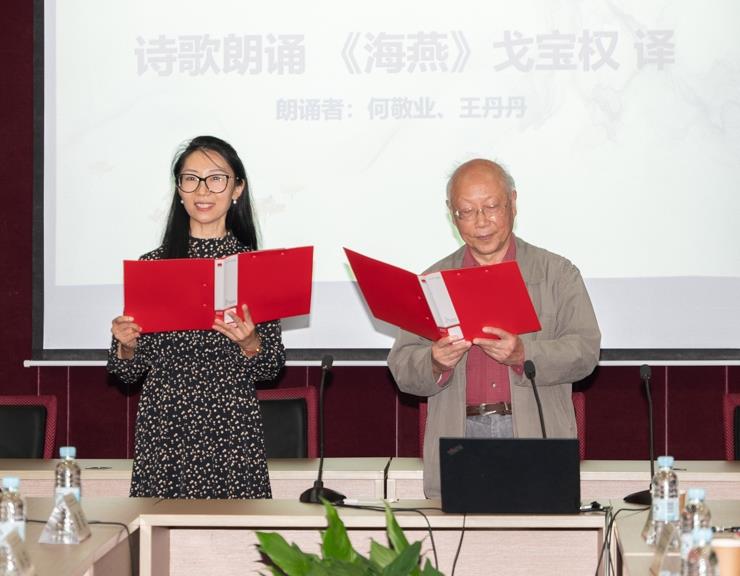 He Jingye (right), a professor with the French Department of East China Normal University,

which was translated by Ge Baoquan, former president of the university.

Professors from the university shared their views on famous translators and their influence on them.

Liang Chaoqun, a professor of English, said that translators are a mine for readers to get to know more about foreign literature and feel of the rich power of language and thoughts of other writers.

“Due to cultural differences, translators will feel great shock during translation, but they can overcome the challenges and contribute to the success of the great works,” he said. “I hope the young translators can learn the dedication of their predecessors and bring us more excellent works.” 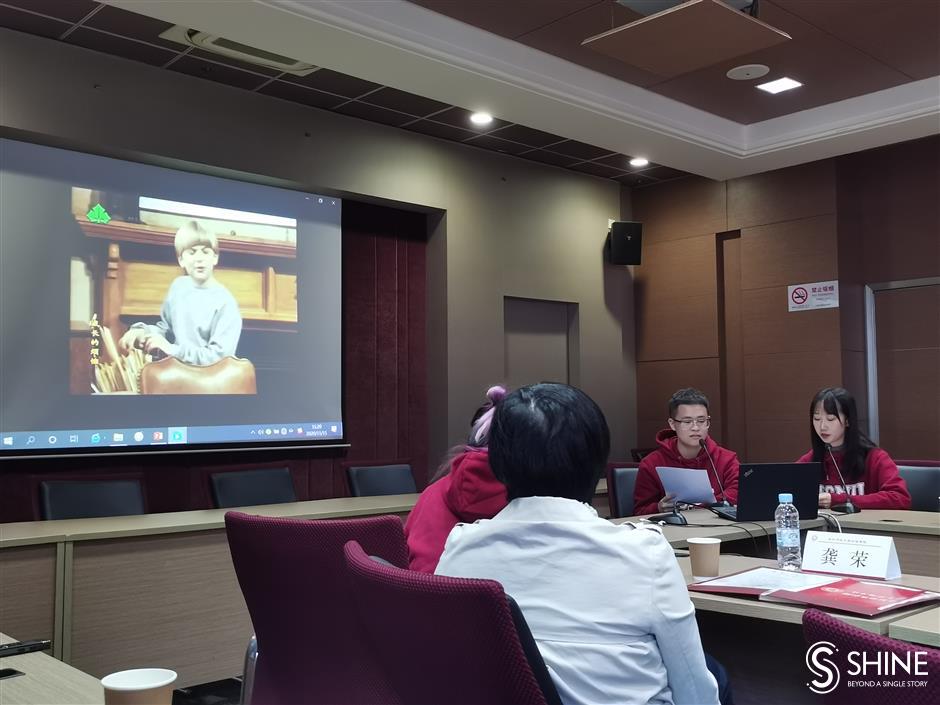 Hu Xuexing, a professor of Russian, said it’s rare for a single university to host so many translators.

“In terms of Russian-Chinese translation, East China Normal University has a tradition to translate classics rigorously to make translated versions faithful to the originals.

“Shanghai is a center in China for translating Russian literature into Chinese and almost half of the translators here are at this university,” he said. “For generations, our translators have been keeping the tradition to make achievements we are so proud of.” 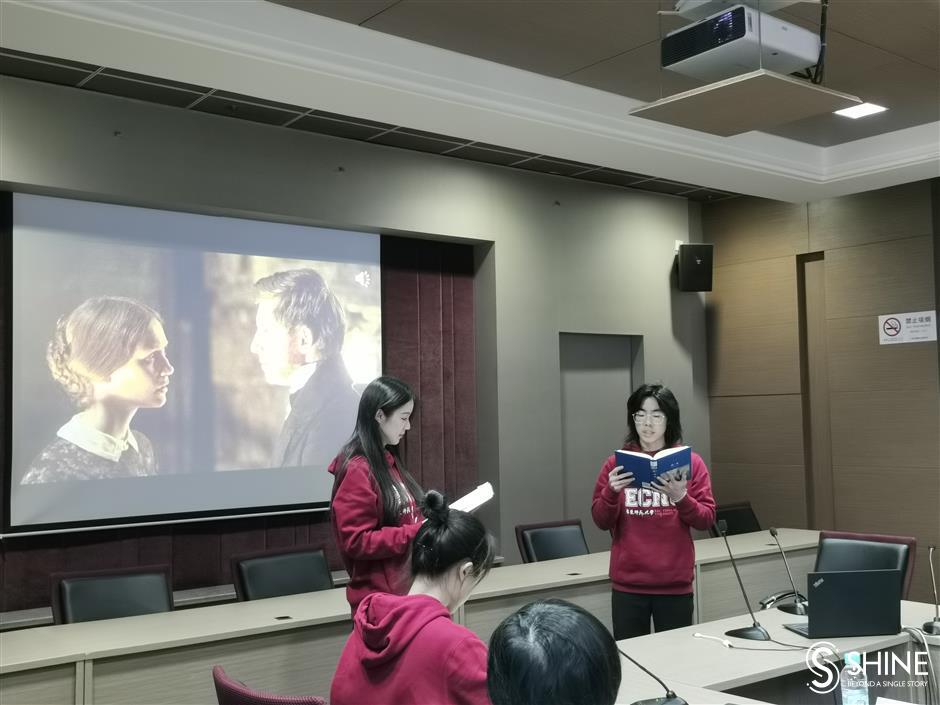 Chen Danyan, a writer, alumna of the university and curator of the cultural garden at the botanical garden, said the first full-length novel she read was a translation. She said the development of her corpus was closely connected with translated works.