When Chinese President Xi Jinping met Russian President Vladimir Putin virtually on Wednesday via video link in Beijing, they pledged to meet each other in February in Beijing for the opening ceremonies of the Winter Olympics 2022. 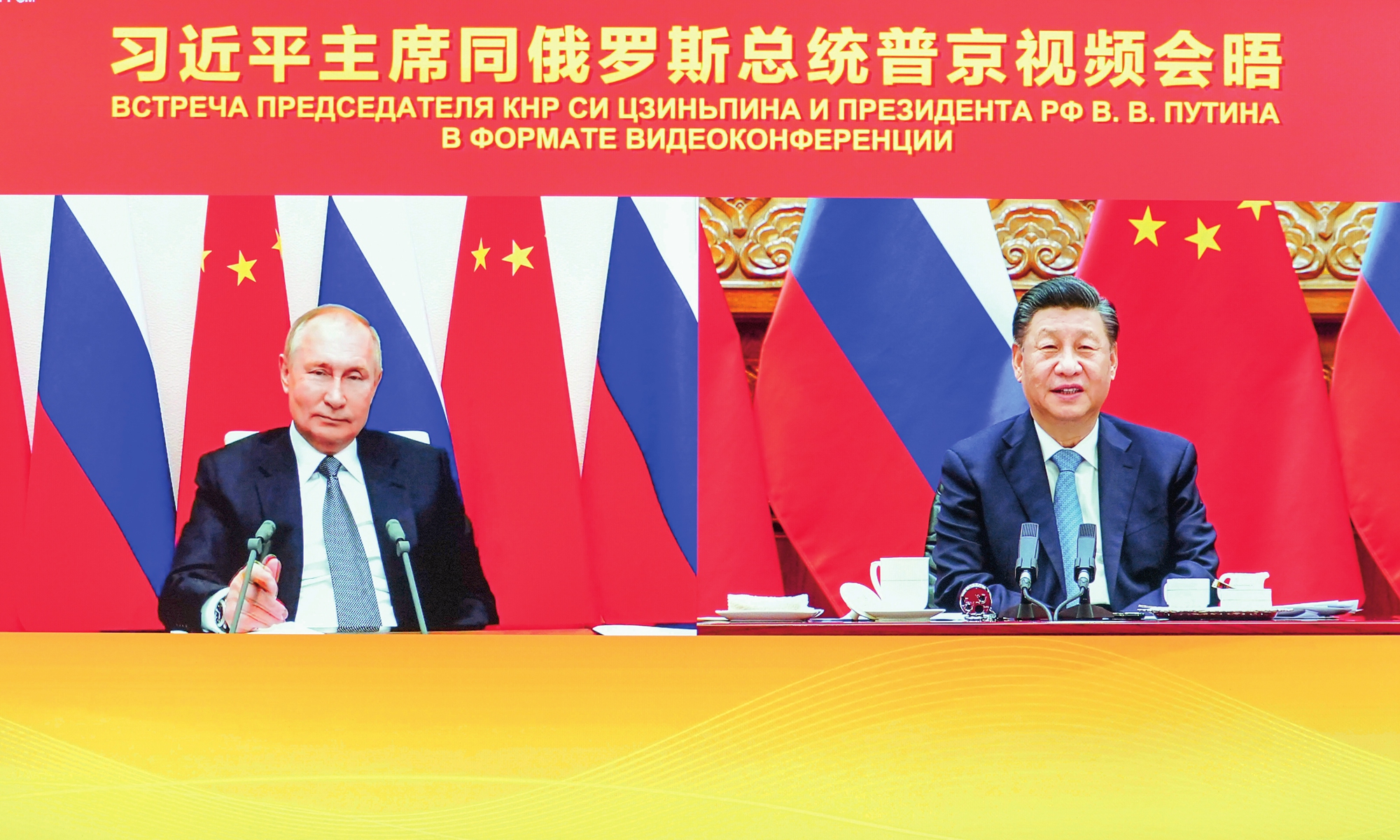 Xi told Putin that he expects to have deeper exchanges with Putin on bilateral ties and international issues, and to reach more consensuses. Xi also highlighted sports as a bridge to enhance mutual understanding and friendship between the peoples of the two countries.

TASS quoted Putin as telling Xi that I expect that we will finally be able to meet in person…We will hold talks before attending the opening ceremonies of the Winter Olympic Games. The Russian president also thanked Xi for having invited him to the grand event.

I would like to point out that we always support each other when it comes to international sports cooperation, including our position against attempts to politicize sports and the Olympic Movement, Putin said, according to Tass. He said that he was confident that the Beijing 2022 Winter Olympic Games would be organized in the best possible way.

Xi said that he very much looks forward to this get-together for the Winter Olympics and stands ready to work with President Putin for a shared future to jointly open a new chapter in China-Russia relations in the post-COVID era.

Putin stressed that Moscow and Beijing would celebrate 2022 and 2023 as the Russian and Chinese Years of Cooperation in Physical Education and Sports, TASS reported.

The warm and friendly conversation between the Chinese and Russian top leaders took place as the US and a few of its followers have used human rights as an excuse to politicize the Olympic Games and launched a nonsense diplomatic boycott while their athletes will still come to compete. Experts said China and Russia will stand closer to deal with rising pressures and threats from the West, stressing that the US and its followers will find themselves isolated in the international community.

Solid friendship Xi attended the opening ceremony of the Sochi Winter Olympics in 2014. This showed China's firm support to Russia while the West had boycotted it. In return, Russia is the first major country to confirm its top leader's attendance to Beijing 2022, Yang Jin, an associate research fellow at the Institute of Russian, Eastern European and Central Asian Studies at the Chinese Academy of Social Sciences, told the Global Times on Wednesday.

Putin's early decision to attend will also have an impact on countries that have close ties with Russia, including other members of the Commonwealth of Independent States, Yang said.

Cui Heng, an expert at the Center for Russian Studies of East China Normal University in Shanghai, told the Global Times on Wednesday that Russia also has great expectations for Putin's visit to China next year as Moscow wants to upgrade cooperation with China to further boost its trade with China for a better external environment for its economic development in the post-pandemic period.

As the Ukraine issue becomes more intense, and the G7 members have sent a tough signal to Russia, Putin also stressed Russia's red line to oppose NATO expansion in his previous talks with US President Joe Biden. So the friendly ties with China will be increasingly important for Russia, Cui noted.

China will develop its ties with Russia pragmatically, especially as China and Russia both have difficult ties with the US and some other Western countries, Cui noted.

Xi stressed during the virtual meeting that changes in the world and the COVID-19 pandemic, both unseen in a century, have taken the world into a phase of fluidity and transformation. China-Russia relations have emerged from all kinds of tests to demonstrate new vitality.

Xi pointed out the enormous political advantage and great opportunities in the all-round practical cooperation between China and Russia. Trade in the first three quarters of 2021 exceeded $100 billion for the first time, and the year-round volume is expected to hit a new record.

Having described Russia-China relations as an example of genuine inter-state cooperation in the 21st century, Putin said Russia is willing to keep strengthening cooperation with China in the fields of trade, oil and gas, finance, aviation and the aerospace industry to further connect the Eurasian Economic Union with the China-proposed Belt and Road Initiative, and to strengthen cooperation to fight the ravaging pandemic.

The two sides emphasized the importance of arranging the manufacture of Russia's Sputnik V and Sputnik Light coronavirus vaccines in China. Agreements reached by the two countries provide for producing over 150 million doses a year, the Kremlin aide noted.Back to backChina and Russia shall act jointly in international affairs despite some forces meddling in the two countries' internal affairs in the name of democracy and human rights, Xi told Putin at the meeting.

Li Haidong, a professor at the Institute of International Relations of the China Foreign Affairs University, told the Global Times on Wednesday, The forces who showed up at the US-sponsored 'Summit for Democracy' to groundlessly accuse and attack China and Russia in the name of 'democracy and human rights' are being mentioned here, and their hypocritical moves damage their image and push China and Russia closer together.

China and Russia need to raise their voices on global governance, and to provide practical and workable solutions for global challenges such as the fight against the pandemic and climate change, Xi said, noting that both sides should firmly safeguard international equity and justice.

We should firmly oppose the hegemonic acts and the Cold War mentality under the guise of 'multilateralism and rules,' Xi told Putin.

Putin also expressed Russia's firm support to China's stance on the Taiwan question. He stressed that Russia opposes any force that jeopardizes China's interests and any form of cliques in the Asia-Pacific. Any scheme to sow discord between China and Russia is doomed to fail, the Russian president noted.

Cui said Russia's stance on the Taiwan question is consistent, and when China and Russia need each other to provide firm diplomatic and political support on matters concerning their core interests, they will always stand together.

The support will be diplomatic and political, and to provide what each other needs through trade when they are under massive sanctions imposed by the West, Cui noted, This is how the strategic partnership works.