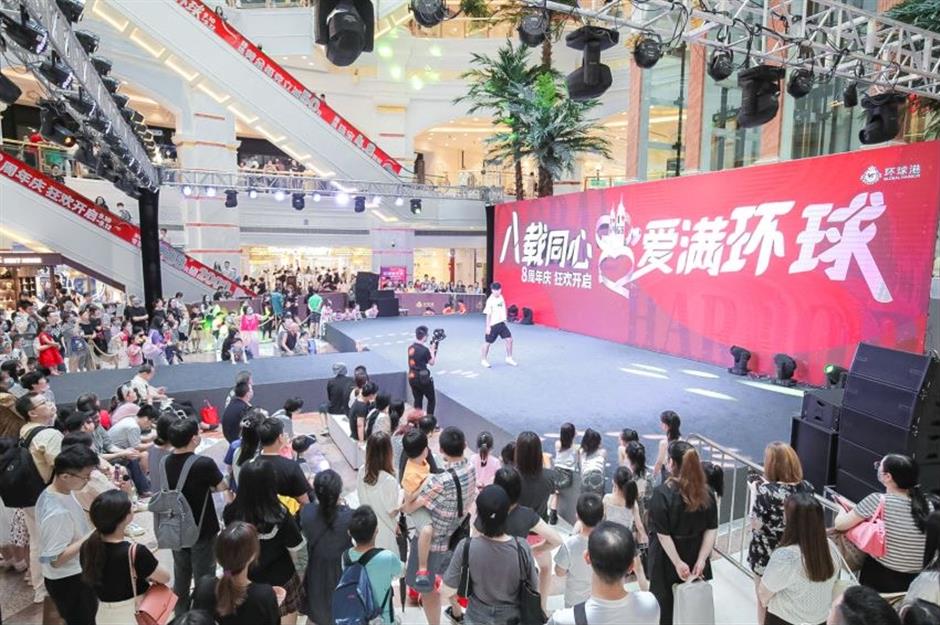 A fashion show is staged at Global Harbor to mark its eighth anniversary this week.

More than 20 local charity organizations have set up stalls at the bazaar to sell handicraft made by disadvantaged groups and promote their philanthropic projects.

The Rende Foundation, for instance, has printed paintings by autistic children on canvas bags and postcards to showcase their special talent.

Another organization sells shirts made of recycled plastic bottles to promote eco-friendly concepts. Vases, soaps, card bags and jewelry made by physically or mentally challenged children are also displayed and sold at the bazaar.

The Rende Foundation has bestowed the title of Public Welfare Company on the mall. 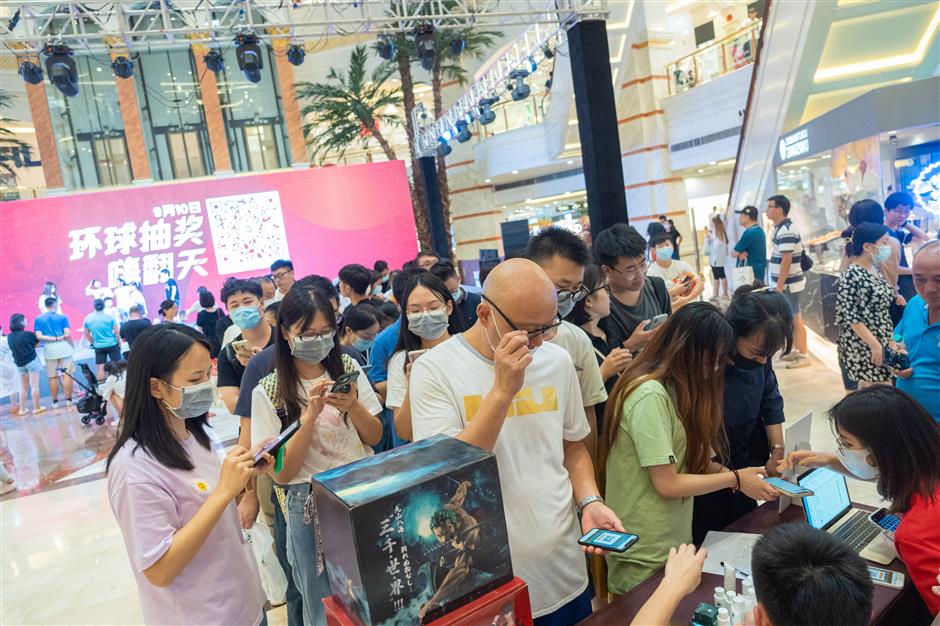 A large number of customers flock to the mall to take advantage of various sales promotions.

The School of Music at East China Normal University has signed an agreement with Global Harbor to develop a practice base for students. Orchestra and singing performances are held regularly at the mall, which draws a large number of customers.

Performances and events will be held through the end of the month at the outdoor plazas and underground halls for the mall's anniversary celebration.

They include a flash mob of over 100 dancers, a masked ball among customers, free movie screening for teachers as well as the 2021 International Fashion Model Competition.

More than 500 performances are staged at the mall annually, top among local malls.

The mall, developed by Yuexing Group as the largest shopping center in downtown, opened in 2013. The total construction area is spread over 480,000 square meters. It also has the city's biggest rooftop garden and 2,000-plus parking slots.

It has become a key commercial landmark of Putuo. Many shopping and tourism festivals and commercial events, such as the opening ceremony of the annual Double Five Shopping Festival, are held at the mall. 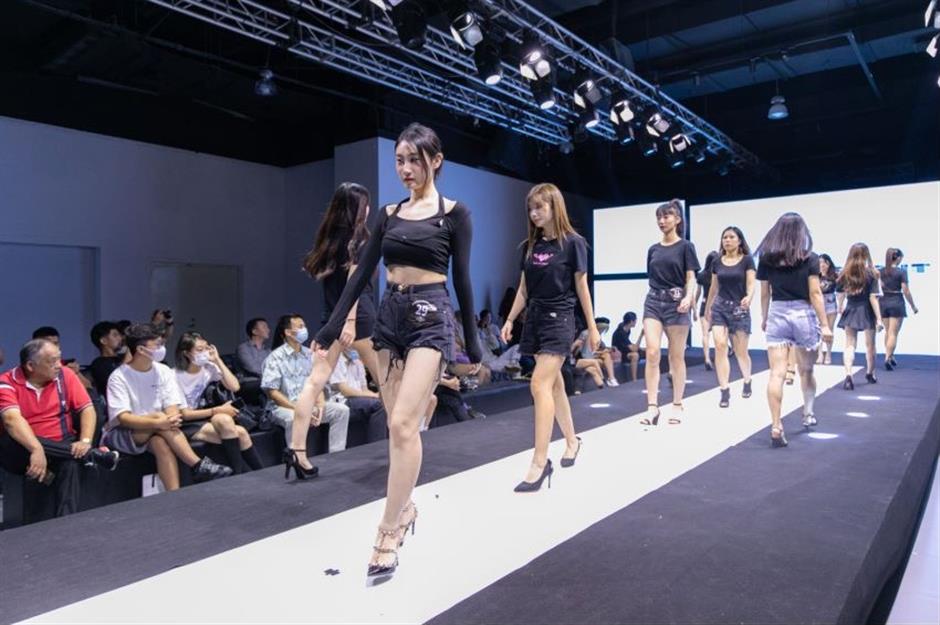